Celery is an implementation of the task queue concept, one that significantly enhances the end user's experience. It also benefits developers by saving them time, so that they can focus on what really matters — their ideas and innovations. That is why it remains one of the most popular background job managers in the Python world.

If you are a junior developer, Celery implementation can be one of the more challenging parts of a Python web application stack to grasp initially. However, this asynchronous application is well-worth the learning investment. Celery will allow you to better plan in terms of your overall work progress and become more efficient. That way, you can continue working on more important tasks while Celery tasks work their magic in the background.

Related: Celery vs. IronWorker — Which One Should You Choose?

In this post, we will give an introduction to Celery as well as:

When developing data-intensive applications, users often experience longer load times in response to data-heavy tasks; and in today's highly technological world, they expect more. To ensure a faster, more streamlined experience, you'll need to offload some of the work.

This is achieved through asynchronicity and works as follows:

Bottom line: Celery is a framework that decreases performance load through postponed tasks, as it processes asynchronous and scheduled jobs. This can be achieved on the same server (as other tasks), or on a separate server. This Python-based task queue also saves designers a significant amount of time.

It's important to note that although Celery is written in Python, it can be implemented in any language.

As a developer, you can use Celery is accomplish numerous goals, including your ability to:

Please note: Celery is useful and most practical when aiming to execute tasks that will cost you in terms of resource utilization and performance. A great example is within the handler of an HTTP request.

What Are the Main Features of Python Celery? 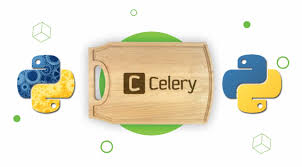 To get started, you'll need to create a Celery instance and then use that instance to mark Python functions as tasks. As you become more familiar with Celery, you can utilize a range of beneficial features.

Overall, some of the main pros associated with Celery include:

When you follow best practices, your Celery-enabled applications will perform better, be more resilient, and allow for improved monitoring. Here are some of the best practices to consider:

Get Iron
Posted in Serverless Workers & Containers and tagged IronWorker, Python Celery
← Another as a Service? What is The Difference Between IaaS, CaaS, PaaS, and FaaS?What is a Docker Image? (And how do you use one with IronWorker?) →