It was an honor to give a talk on the future of Serverless at goto Chicago, an enterprise developer conference running from May 24 to 25, 2016. As you can see from the full room, containers, microservices and serverless are popular topics with developers, and this interest extends across a wide swath of back-end languages, from Java to Ruby to node.js. Unfortunately, the talk was not recorded, so I’m providing these notes (and my slide deck) for those who could not attend.

The Evolution of Deployed Applications

Before we look forward into the future of Serverless, let’s look back. We’ve seen a historical evolution in deployed applications at multiple different levels. Whereas before the unit of scale was measured by how many servers you could deploy, we’ve moved through rolling out virtual machines to the current pattern of scaling our containerized infrastructure. Similarly, we’ve seen a shift from monolithic architectures deployed through major releases to containerized, continuously-updated microservices. This paradigm is Iron.io’s “sweet spot,” and we’re leading the enterprise towards a serverless computing world.

END_OF_DOCUMENT_TOKEN_TO_BE_REPLACED

Travis Reeder, CTO and co-founder of Iron.io, gave a talk at Goto Chicago 2016 discussing Iron.io’s early migration to Go, why we changed our infrastructure and the benefits it has brought to us.

One of the questions that always comes up after telling people we migrated to Go is:

END_OF_DOCUMENT_TOKEN_TO_BE_REPLACED Last night we swung by the snazzy DevBootCamp offices. Our goal? To learn from the fine folks joining us at the SF Rails meetup.

The topics included DCI, a comparison of static site generators to traditional CMS, and how workers are better fit than functional programming for reactive infrastructure.

Heady stuff! Keep reading for a preview of each topic, and a link to each speaker’s slides. END_OF_DOCUMENT_TOKEN_TO_BE_REPLACED

Last night a near 100 folks showed up at Hotel Tonight’s swank downtown offices to get nerdy about Rails.

There’s still a lot of excitement, innovation, and love happening in the Ruby world. After a bit of pre-show socialization with our fellow devs, the crowd settled in to hear the talks of the evening.

END_OF_DOCUMENT_TOKEN_TO_BE_REPLACED

As noted in the blog, this example is not a complete solution but an illustration to show users what’s possible when combining Iron.io and Treasure Data. Big thanks to John Hammink and the Treasure Data team for their work to educate the community.

END_OF_DOCUMENT_TOKEN_TO_BE_REPLACED

HotelTonight has reinvented the task of finding and booking discounted hotel rooms at travel destinations. Designed for last-minute travel planners and optimized for the mobile era, HotelTonight connects adventure-seeking, impulse travelers with just-in-time available hotel rooms wherever they land.

This model has the market-enhancing effect of reducing excess inventory of unused hotel rooms, while delivering a seamless user experience and deep discount for budget travelers who enjoy impulse travel and adventure. What most travelers may not realize, is that behind the scenes at HotelTonight lies a massive business intelligence system that uses a sophisticated cloud-based ETL platform that collects, converts, and stores data from multiple external services.

END_OF_DOCUMENT_TOKEN_TO_BE_REPLACED Nick Quinlan from SendGrid put out a nice post the other day on a simple app he created to email him daily goals. It’s a short post but with some solid code behind it which adds a lot of value in our minds. (It’s one thing talk about tech but it’s another to turn it into a code example.) Thank you for that, Nick.

The hack, which I’m calling Daily Goals, emails you every day with a selection of your goals for personal growth. It’s written in Ruby and relies on Iron.io to run it every day.

END_OF_DOCUMENT_TOKEN_TO_BE_REPLACED We came across a great contribution the other day from Alan deLevie that makes using IronWorker for a map-reduce pattern even easier than it already is. (Love seeing tweets announcing additions to the growing list of Iron.io community addons.)

IronWorker is a cloud-based on-demand service that out-of-the-box lets you do massively concurrent processing across slices of data – which is essentially the core of the map reduce pattern. (Here’s a good visual explanation of map reduce in action.) END_OF_DOCUMENT_TOKEN_TO_BE_REPLACED 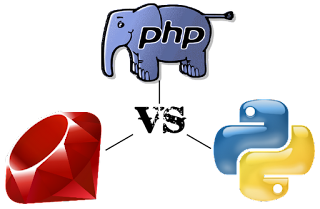 Today marks a big milestone in the evolution if IronWorker: multi-language support. In addition to Ruby which we’ve supported from day one, we now support PHP and Python with more languages on the way. Which means if you’re using any one of those languages, you now have easy access to massive computing power. (boom)
END_OF_DOCUMENT_TOKEN_TO_BE_REPLACED 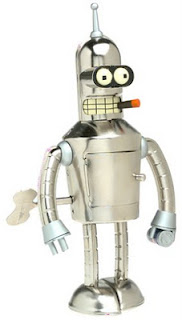 Version 2 of the SimpleWorker API is now available featuring many new functions, a bunch of new documentation, and not to mention it is a LOT faster and more robust as it is has been rewritten from the ground up. And all this comes along with a shiny new Ruby gem.

The new gem uses the new API and here’s the benefits to you:
END_OF_DOCUMENT_TOKEN_TO_BE_REPLACED